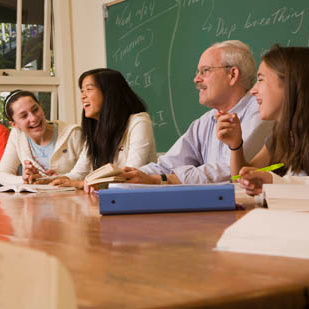 Help! I need information for a paper I'm doing for school.

Answer – Please visit the “Information for Teachers and Students” section of our website.  SCA is an autosomal recessive disease caused by a point mutation in the hemoglobin beta gene (HBB) found on chromosome 11p15.4. Carrier frequency of HBB varies significantly around the world, with high rates associated with zones of high malaria incidence, since carriers are somewhat protected against malaria. About 8% of the African American population are carriers.  Here is the National Library of Medicine’s portal on Sickle Cell Anemia: http://www.ncbi.nlm.nih.gov/pubmedhealth/PMHT0022028/

Historical Timeline from the NIH: Sickle Cell Research for Treatment and Cure commemorates the 30th anniversary of the the National Sickle Cell Anemia Control Act (P. L. 92-294). This is a historical look at sickle cell disease research and treatment up until the present moment. It is excellent for both patients, family members and health care providers. It is in Adobe format for download. http://www.nhlbi.nih.gov/uploads/docs/public/blood/Tagged2NHLBISickleCellTimeline.pdf

What problems can I have if I have sickle cell trait, and what is the difference in hemoglobin S concentrations?

These properties are known from decades of research with HbS, and can be shown in test tubes. They are biophysical properties of the HbS molecule.
What does this mean for the blood and for sickle cell disease manifestations? The composition of hemoglobin in the red blood cells determines their ability to sickle and cause sickle cell disease problems.

I. People with sickle trait have one gene making HbS and one gene making HbA, so you would expect equal amounts of HbS and HbA in the RBC. The unstable property of HbS, however, means that not all of the amount of HbS made in the red blood cell (RBC) stays floating around in the RBC, because some of the HbS decomposes. Therefore, the RBC contents for a person with sickle trait has slightly less than 50% HbS, typically something like 55 to 60 percent HbA and 40 to 45 percent HbS. The predominance of HbA inhibits and dilutes the ability of HbS to show its polymerization property, and so sickle trait is not a form of sickle cell disease. People with sickle trait have no anemia, no painful episodes, no special
susceptibility to infection, and no implications for life expectancy… it is not sickle cell disease.

III. Some people with sickle cell disease, as you know, have HbSC, HbSD, HbS- O-Arab etc. One gene makes HbS and the other gene makes another variant hemoglobin ( HbC, HbD, HbO-Arab, etc.) that usually would not cause a disease by itself. There may be equal parts HbS and the other Hb, or slight variation from equal amounts in the RBC. However, the important difference between HbA and these variant hemoglobins is their ability to participate in polymerization with the HbS. When the inside of RBC contains a combination of hemoglobins that will polymerize, then these are types of sickle cell disease, with anemia, pain, spleen and other problems. Differences in disease pattern between these types of sickle cell disease and the pattern for HbSS can be found statistically, but there is so much variability that the exact disease course is impossibleto predict for an individual with sickle cell disease based on Hb subtype.

IV. What gets a little complicated is HbS-beta-thalassemia. The picture in the RBC for people with HbS-beta-zero-thalassemia is the result of one gene making HbS and the other hemoglobin gene is defective and cannot make anything (beta-zero thalassemia). The hemoglobin produced by these two genes is HbS, and then there are minor amounts of HbA2 and HbF. Again, the HbS can polymerize and there is sickle cell disease manifestations statistically similar to HbSS. Another type is HbS-beta-plus-thalassemia, in which one gene makes HbS and the other gene is defective but makes a little bit of HbA. There is less HbA produced than in sickle trait, and so the end result in the RBC is more HbS (70 to90 percent of the total hemoglobin) than HbA (10 to 30 percent of the to tal hemoglobin in the RBC). This amount of HbA is not enough to dilute the HbS and cannot inhibit polymerization completely, so the RBC can still sickle and this is a subtype of sickle cell disease.

So in summary, the percentage of HbS is helpful for determining what the difference between sickle trait and the HbS-beta-plus-thalassemia,

However, for the subtypes of sickle cell disease like HbSC, the really important fact is that the other Hb is able to participate inpolymerization with HbS, not that the amount of HbS is close to 50 percent.

For clarification, it may be helpful to get in touch with your local genetics office or sickle cell center. Additional information may be found in recent reviews in the New England Journal of Medicine (BunnHF, Sept 1997; Steinberg MH, April 1999), in textbooks: Embury, Hebbel, Narla, and Steinberg – Sickle cell disease – Basic Principles and Practice, Raven Press 1994………….. Bunn and Forget – Hemoglobin and standard hematology textbooks. For HbS polymerization, look for publications by William Eaton, Hofrichter, or Frank Ferrone. For the unstable property of HbS, look for publications by Toshio Asakura in the early 1970s.

When and by whom was the first description of sickle cell disease in the medical literature?

Answer: The first published reports of sickle cell disease in African medical literature were in the 1870s. Savitt and Goldberg (1989) gave a delightful account of investigations into the story of Walter Clement Noel, the first-to-be-described case of sickle cell anemia (Herrick, 1910). Noel, a first-year dental student at the Chicago College of Dental Surgery, was admitted to the Presbyterian Hospital in late 1904 where Ernest E. Irons, a 27-year-old intern, obtained a history and performed routine physical, blood, and urine examinations. He noticed that Knoll’s blood smear contained ‘many pear-shaped and elongated forms’ and alerted his attending physician, James B. Herrick, to the unusual blood findings. Irons drew a rough sketch of these erythrocytes in the hospital record. Herrick and Irons followed Noel over the next 2.5 years through several episodes of severe illness as he continued his dental studies. Thereafter, Noel returned to Grenada to practice dentistry. He died 9 years later at the age of 32. Curiously, Irons, who lived from 1877 to 1959, was not included by Herrick, who lived from 1861 to 1964, in the authorship. Savitt, T. L.; Goldberg, M. F. : Herrick’s 1910 case report of sickle cell anemia: the rest of the story. J.A.M.A. 261: 266-271, 1989.

Which chromosome is the sickle mutation found on?

What is the average life expectancy for some one with sickle cell disease?

Note that this was reported in 1994. Now in 2002 many new advances with the medication hydrea, the new pneumoccocal vaccine Prevnar, stroke prevention with TCD, and cures with bone marrow transplants the life expectancy is increasing.

I am a teacher with a student who has sickle cell disease. Do I use ice on an injury or sprain in a sickle cell patient? What else could I do to keep them well and in class?

Answer: There is no clinical study that solidly demonstrates what to do for asickle cell child with a sprain, but what we have been doing at sickle cell summer camp is a cool compress of wet towel, rather than icepack. Otherwise, the basic recommendations for school is to acknowledge that the child has sickle cell disease, but try to let him or her be as normal as possible with a few caveats:

My son is a sickle cell patient. He is 19 years old. I recently heard that a cure was being developed. I was wondering if you could send me any information on the research and how fast it is developing.

Answer: The only true cure today is bone marrow transplant to replace the factory that makes the red blood cells with a matched donor, usually a brother or sister with out sickle cell disease. There are medications like hydroxyurea that decrease pain episodes and complications. New research is under way for better treatments and a cure for all.