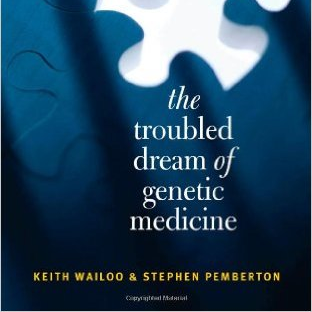 The Troubled Dream of Genetic Medicine (2008) 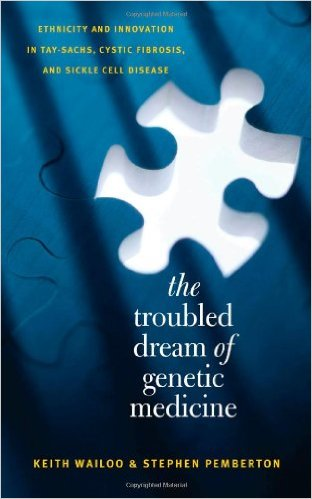 Why do racial and ethnic controversies become attached, as they often do, to discussions of modern genetics? How do theories about genetic difference become entangled with political debates about cultural and group differences in America? Such issues are a conspicuous part of the histories of three hereditary diseases: Tay-Sachs, commonly identified with Jewish Americans; cystic fibrosis, often labeled a “Caucasian” disease; and sickle cell disease, widely associated with African Americans.

In this captivating account, historians Keith Wailoo and Stephen Pemberton reveal how these diseases―fraught with ethnic and racial meanings for many Americans―became objects of biological fascination and crucibles of social debate. Peering behind the headlines of breakthrough treatments and coming cures, they tell a complex story: about different kinds of suffering and faith, about unequal access to the promises and perils of modern medicine, and about how Americans consume innovation and how they come to believe in, or resist, the notion of imminent medical breakthroughs.

With Tay-Sachs, cystic fibrosis, and sickle cell disease as a powerful backdrop, the authors provide a glimpse into a diverse America where racial ideologies, cultural politics, and conflicting beliefs about the power of genetics shape disparate health care expectations and experiences.