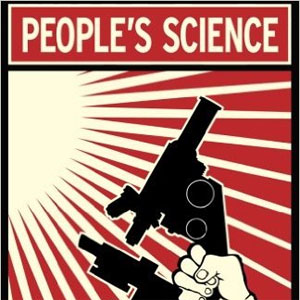 People’s Science: Bodies and Rights on the Stem Cell Frontier (2013) 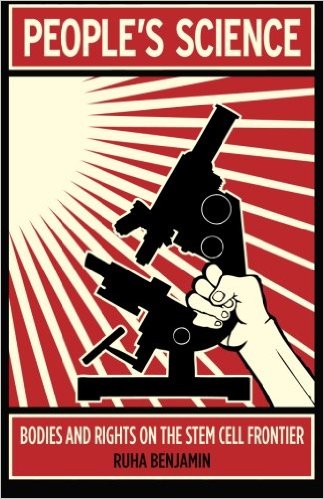 Stem cell research has sparked controversy and heated debate since the first human stem cell line was derived in 1998. Too frequently these debates devolve to simple judgments—good or bad, life-saving medicine or bioethical nightmare, symbol of human ingenuity or our fall from grace—ignoring the people affected. With this book, Ruha Benjamin moves the terms of debate to focus on the shifting relationship between science and society, on the people who benefit—or don’t—from regenerative medicine and what this says about our democratic commitments to an equitable society.

People’s Science uncovers the tension between scientific innovation and social equality, taking the reader inside California’s 2004 stem cell initiative, the first of many state referenda on scientific research, to consider the lives it has affected. Benjamin reveals the promise and peril of public participation in science, illuminating issues of race, disability, gender, and socio-economic class that serve to define certain groups as more or less deserving in their political aims and biomedical hopes. Under the shadow of the free market and in a nation still at odds with universal healthcare, the socially marginalized are often eagerly embraced as test-subjects, yet often are unable to afford new medicines and treatment regimes as patients.

Ultimately, Ruha Benjamin argues that without more deliberate consideration about how scientific initiatives can and should reflect a wider array of social concerns, stem cell research— from African Americans’ struggle with sickle cell treatment to the recruitment of women as tissue donors—still risks excluding many. Even as regenerative medicine is described as a participatory science for the people, Benjamin asks us to consider if “the people” ultimately reflects our democratic ideals.

Learn more and purchase the book on Amazon.