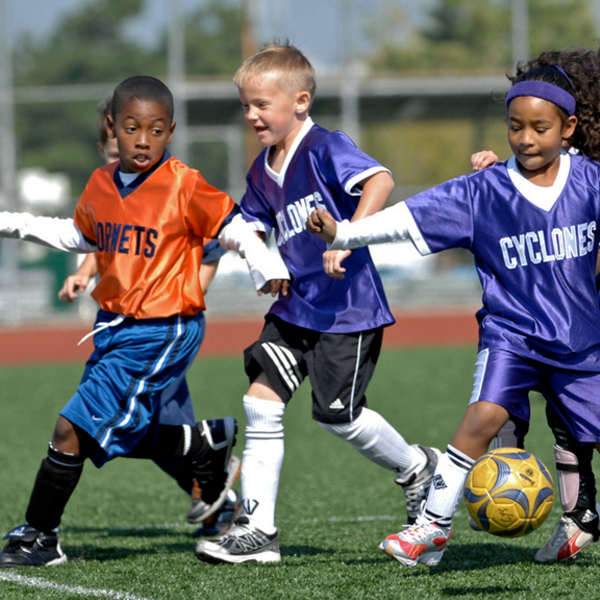 Exercise and athletic activity are important parts of a healthy life style.  Sickle cell trait should not stop anyone from participating fully in athletics. It is important to note that athletes with SCT have NO impairment in exercise capacity or performance. In fact, the ranks of the world’s high-performance athletes include many individuals with sickle cell trait. Having sickle cell trait should not discourage anyone from participating in athletics. Commonsense precautions should be taken by all persons engaging in exercise and athletic training, including those with SCT. Experts recommend:  maintaining good hydration, avoiding overheating, avoiding exertion beyond the point of exhaustion, and gradually working up to maximal exertion.

People with SCT appear to have a higher risk for exercise-induced muscle breakdown (rhabdomyolysis) than those without trait. However, such events are exceptionally rare and occur only with extreme exertion. (Cardiac events are the most common causes of sudden, exercise-related deaths in young people and have nothing to do with sickle cell trait).

Several cases of sudden deaths in athletes who had SCT have received a lot of publicity.  As part of the settlement of a law suit related to one of these deaths, the NCAA started requiring college athletes to be tested for sickle cell trait and recommended reduced intensity training programs for those testing positive for trait.  Many experts disagree with this approach, however, and argue that appropriate athletic training techniques (see above) can reduce the risk of exercise-induced collapse for all athletes, whether they have trait or not. There is also concern that singling out athletes with trait for special, “easy” training regimens will lead to discrimination and loss of opportunity for success in athletics.   Both the Sickle Cell Disease Association and the American Society of Hematology have gone on record opposing the NCAA policy of screening for SCT, recommending instead universal precautions to prevent exercise-induced injury in all athletes.